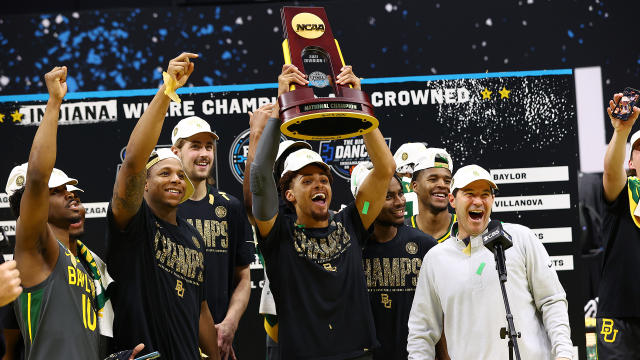 Baylor didn’t give Gonzaga a chance. The most-anticipated national championship game in recent memory was over within minutes.

The Bears sprinted out to a 9-0 lead on the way to an 86-70 victory over the Bulldogs to win the first men’s basketball national title in school history. Baylor’s win also ends Gonzaga’s attempt to be the first team since Indiana in 1976 to finish the season undefeated.

Much like it did against Houston on Saturday night, Baylor (28-2) punished Gonzaga (31-1) in the first half. The Bears immediately started deflecting passes and making steals on defense and crashing the offensive glass. If Baylor wasn’t making a shot in the opening minutes of the game, odds are it was getting the offensive rebound.

Just two of Baylor’s possessions within the first eight minutes of the game ended without points thanks to five offensive rebounds. By the time the game hit its second television timeout Baylor had a 23-8 lead and Gonzaga star guard Jalen Suggs had been on the bench for five minutes after picking up his second foul just three minutes into the game.

“[Baylor] dominated both ends of the ball pretty much all night,” Gonzaga coach Mark Few told CBS after the game.

Gonzaga made a run at the Bears to end the half but cut the deficit to only 10 at the break. A hot start to the second half never materialized either. Baylor started the final half with a three — after two offensive rebounds, of course — and never was seriously challenged the rest of the way.

Floyd Mayweather admits he’s been “dealing with a lot” lately — namely the deaths of his uncle and the mother of his children — but vows ...