The late legend from Slauson wins his first Grammy this year for the Best Rap Performance.

This is both Hussle and Ricch’s first GRAMMY and producer Hit-Boy’s second career GRAMMY. 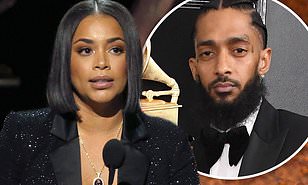 FIND OUT WHY INSIDE…