KHLOE IS FED UP WITH RUMORS!! SHE RELEASED HER TRUTH AND STREETZ GOT THE RECEIPTZ

Khloe Kardashian took to her Instagram story to deny allegations that she cheated with the father of her daughter, Tristan Thompson at the expense of his baby mama, Jordan Craig.

Khloe’s side of the story begins with Tristan taking her out on a blind date and confessing that he had a baby on the way at the time, but insisted that he and the baby’s mother had been long broken up.

Khloe did state that after hearing he had a baby on the way, she was reluctant to continue on with the relationship, but she says that he was just so ‘convincing.’ 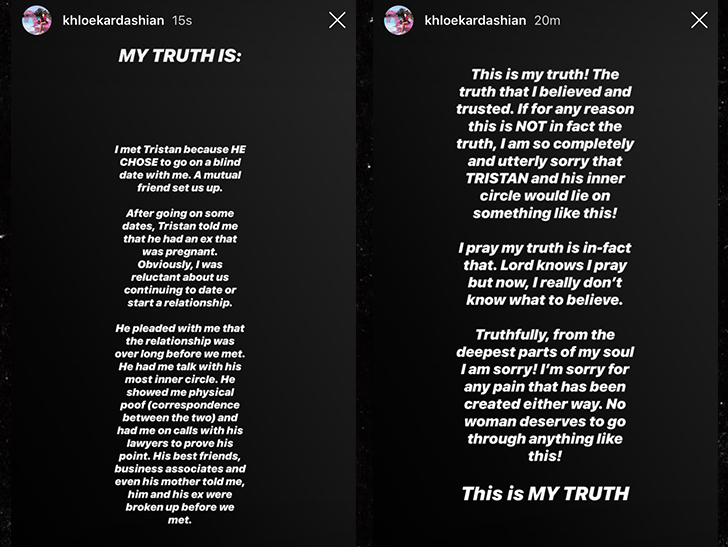 Tune In LIVE for #MiddaysWithJazzyMcBee For Your C

When the coronavirus began shutting down the Unite

LIVE scenes from the protests taking place in sout

You’ve probably been approached by a group of yo

#Atlanta Coming up is #2ndDateUpdate tune in every

Tune In LIVE with #thestreetzmorningtakeover For Y

According to reports from TMZ, Roberto Escobar has

With the way things have been since the top of the

{MIDDAYS W/JAZZY MCBEE} LOVE AND HIP-HOP ATLANTA’S KIRK FROST IS GETTING SUED BY HIS BABY MOMMA–AND WE’RE NOT TALKING ABOUT RASHEEDA!!!

LOOKS LIKE KIRK GOT HIMSELF IN SOME DEEP TROUBLE THIS TIME!!! READ MORE HERE!!!