THIS IS WHY WE LOVEEE CHANCE THE RAPPER!

Determined to repair the school system in his hometown of Chicago, Chance donated to the Public Schools.

The Grammy Award Winning Rapper held a press conference at the Westcott Elementary School in Chicago to discuss last week meeting with  the Governor of Illinois, Bruce Rauner, the meeting didn’t go so well.

Chance stated, “The governor gave me a lot of vague answers in our meeting, Our talks were unsuccessful. Governor Rauner still won’t commit to give Chicago’s kids a chance without caveats or ultimatums. Our kids should not be held hostage because of political positions,” Chance continued. “If the governor does not act, Chicago Public Schools will be forces to end school 13 days early. That means over 380,000 kids will not have adult supervised  activities in June and could possibly be put in harm’s way.”

‘Today, I’m proud to announce that I am donating $1 million to Chicago Public School to support arts and enrichment programs, said Chance The Rapper…. “I am honored to make this contribution and help to cultivate Chicago’s creative minds.” 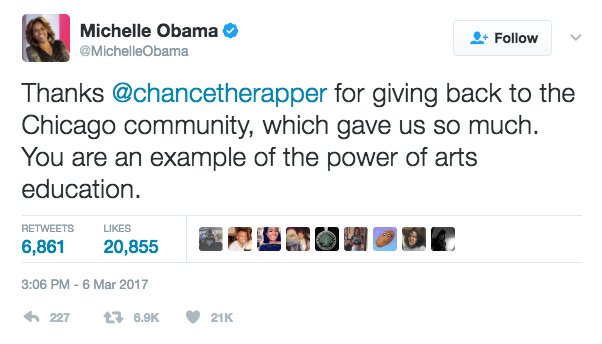 #Streetz make sure you pull up on us at @visionlou

#ATL keep it locked as @whoisdjblak keeps you upda

#ATL Tune in LIVE right now with the homie @darkch

Life is Short. You are blessed. Don’t let hard t

#ATL help us wish our very own @djholiday & @risky

#ATL @youknowbt is up next on your airwaves with S

@rotimi got a message to anyone looking for ENTANG

Looks like Donald Trump does not want transgenders in the military anymore!